DOMINIQUE: There are a few things the council hopes to accomplish. District One City Councilman Zeke Cohen held a press conference with CASA De Maryland and the Council on American Islamic Relations asking for three things: 1. For families to be reunited as soon as possible. 2. For Governor Larry Hogan to not supply any national guardsmen to the border—which Hogan has already complied with. 3. To reconstitute and repurpose Immigration and Customs Enforcement [or ICE] to an agency that protects communities from international crime syndicates and human trafficking.

This was also an effort to get other cities to come out and ask for the same measures to be taken.

ANDY: Do we know if Mayor Catherine Pugh would support this resolution?

DOMINIQUE:We know that Pugh is chair of the census task force of the US Conference of Mayors where she has previously also called Baltimore a welcoming city and said, “It is simply wrong and counterproductive to our common interests to discount any of the residents of our local communities.”

It is very likely that she will sign off on this resolution.

DOMINIQUE: District Two Councilman Brandon Scott and District Seven Councilman Leon Pinkett put forward these resolutions because they want to hold the department to the fire. Scott—also chair of the public safety committee—said with 183 homicides last year at this time and 143 this year he is concerned that quarterly meetings aren’t allowing them to really hold the department accountable for their violence reduction strategy. Additionally, Scott says the Mayor’s Office of Sustainable Solutions has yet to create goals for keeping the department accountable.

Councilman Pinkett as vice chair of the Budget Committee sighted the recent request by the department for a supplemental $21 and following the first quarter of the year the department had a $17 million deficit for officer overtime expenditures. He said with monthly meetings on the department’s budget and staffing would help monitor for accuracy. Council President Jack Young said there has been a need for years to close the department’s checkbook and give more of that money to other city agencies that need it.

ANDY: Do we know if Mayor Pugh would be in favor of more oversight of the department?

DOMINIQUE: I did not receive a response from Pugh’s office yesterday, but in the past she has initiated measures for violence reduction with daily meetings with all city agency heads and police. And in her most recent budget she has emphasized that she would not give any more money for police overtime. I recall her saying they have to live within their means. 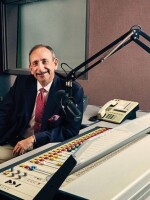 Andy Bienstock
Andy Bienstock is that rare radio bird who's spent almost his entire career on the same frequency. As an undergraduate at The Johns Hopkins University, he polished his radio skills at the student-run WJHU, the best little 10-watt station ever. After a brief stint doing weekend jazz at WBJC, he joined the 10,000 watt WJHU in October of 1986, - when it went on the air as an NPR affiliate doing a Sunday night jazz show and hosting the local portion of Morning Edition. In the summer of 1990 he began his nightly jazz program, and hasn't budged since. When the station became WYPR in 2002, Andy added Program Director to his portfolio, and is excited to help shape Your Public Radio's future.
See stories by Andy Bienstock