M&T Bank Stadium will play host to two music icons this fall for the stadium’s first concert in six years.

Billy Joel and Stevie Nicks will perform at the stadium the night of October 7th. It's one of nine shows the pair are doing starting in April. Joel previously played the venue in 2015.

October's show is the first concert to be held at M&T Bank Stadium in six years since Metallica played the stadium on its WorldWired tour on May 10, 2017. Baltimore Mayor Brandon Scott says the concert will boost the city’s tourism sector. “Making Baltimore one of the few stops for these two legends speaks volumes about Baltimore, being a city people want to visit and solidifies us as an entertainment destination," Scott said at a Thursday press conference announcing the show. "This concert will go a long way in showcasing our city and letting those who attend experience some of the best that our city has to offer. ”

Tickets go on sale through Ticketmaster at 10 a.m. on January 20th. 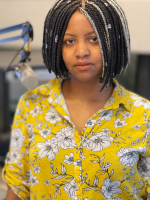