Sports At Large: College Football Has An Image To Protect?

ShareTweetEmail
Listen
Listening...
/
Sports At Large: College Basketball Has An Image To Protect? 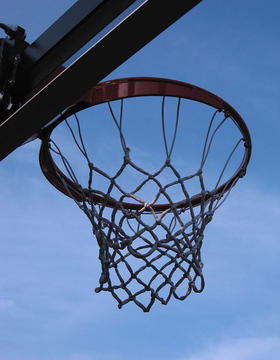 It’s late August already, and while attention among sports fans in much of the country has turned toward the impending NFL season, there are almost as many who eagerly await the start of college football. One of those places is in Waco, Texas, where the Baylor faithful hope this will be the season their Bears lead them to the promised land of a national championship.

Baylor was aced out of a playoff last year and returns virtually its entire roster. The Bears are ranked fourth in the preseason Associated Press Top 25 poll released Sunday. They could be headed for the best season in school history. That is, provided their coach, Art Briles, survives the kind of scandal that seems to be part and parcel of college football these days, one where a star player ran afoul of the law.

The offending party, defensive end Sam Ukwuachu, was found guilty late last week of second degree assault for an attack on a former Baylor women’s soccer player last week. Ukwuachu was sentenced to six months in jail and placed on probation for 10 years by a Texas judge, which, in many places would be the end of the matter.

However, Baylor president Kenneth Starr, the former Whitewater special prosecutor, has ordered an internal investigation to find out what Briles knew about Ukwuachu, and, just as importantly, when he knew it. You see, Ukwuachu, a Texas native, began his college career at Boise State, where he was an All-American in his freshman year in 2012. But he was dismissed from the team for violating team rules that were not specified at the time by then coach Chris Peterson, who is now at Washington.

During his recent trial, a woman who dated Ukwuachu at Boise testified that he choked her, punched her in the head and kept her from leaving an apartment, though she didn’t file charges against him.

Briles has maintained as recently as Friday that he knew nothing of Ukwuachu’s problems at Boise and that Peterson only told him that the player was depressed and needed to come home.

However, Peterson told ESPN last week that he called Briles two years ago and told him everything about Ukwuachu.

Ukwuachu sat out the 2013 season in accordance with NCAA transfer rules and did not play last year at Baylor because of a violation of team rules. But, until his trial and conviction, he was expected to play this year.

On the surface, this may seem like a “he said, he said” squabble between two coaches. But, below the water line, this may be yet another example of the power that star talent has to cloud the judgment of college football coaches, university administrators and local police. College football, more than any other sport, is rife with stories of otherwise sensible people granting unwarranted chances to young men who have been in repeated trouble with the law.

The irony is that coaches try to cloak their greed in hoarding talent under the guise of attempting to reshape the player’s character. Sam Ukwuachu’s days at Baylor are done. We’ll see if Art Briles gets a second chance.