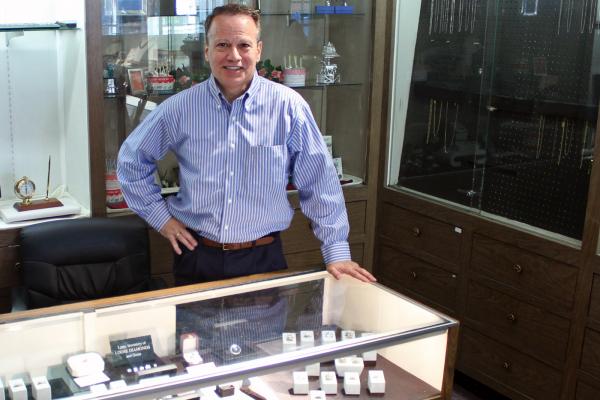 To say Ron George has an eclectic background is a bit of an understatement. The two-term Republican delegate now running for governor studied gold working, got a bachelors degree in performing arts, and a master’s in psychology. For the last 23 years, he’s been running Ron George Jewelers on Main Street in Annapolis.

Through the window of George’s storefront, through a sliver of alleyway, you can see the dome of the State House. That proximity is what drew him into politics he says –first by testifying in committee hearings.

“The issues I’d go testify on were personal,” George said. For example, when the state wanted to lower the threshold for the estate tax, “They thought the estate tax was just for rich people. I had to go up there and explain what would happen to my small business that my sons wanted to carry on. That if something happens to me that they’d have to sell the business just to pay that tax.”

Eventually, party leaders convinced him to run for a seat in the House of Delegates.

“That was a very unpopular issue but he was able to get it through the state legislature,” said Reilly, “What tells me is he works on both sides of the aisle.” 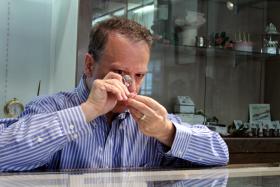 Reilly was an early and enthusiastic supporter of George’s bid for governor. He says George shares his family values, but primarily because he thinks George’s Main Street credentials make him a solid governor. “We respect a great deal of people’s military experience. And that may be leadership and that may be organization. But small business is what drives states and Ron has years of ongoing experience.”

“He enumerates a whole series of very kind of specific things that would happen. They’re not just kind of attitudes,” Nataf said.

George wants to lower taxes, use charter schools to deal with overcrowding, and make the state attractive to manufacturers to create well-paying jobs for people without a college degree. To cut prison populations, he says the state should focus on drug treatment and rehabilitation.

Nataf says George could be a viable candidate in November. But first, he has to get through the primaries – and longtime Republican observer Richard Cross says that will be tough.

“I think he’s definitely qualified, I think he’s a good candidate, I just think that the dynamics of the race are such that it’s going to be either David Craig or Larry Hogan.

He says George needs to increase his name recognition across the state. His running mate Shelley Aloi, a former Federick alderman, does bring some regional diversity to the ticket, but Nataf says George would really need spend big on ads to get his name out there.

But that may not be a possibility: George’s last campaign finance report from January shows just $15,000 in the bank. His campaign says he intends to apply for public financing, which could give him cash to run ads, but he has to get the requisite amount of small donations in order to qualify.

George acknowledges he’s behind in the polls. He couldn’t fundraise and campaigned little during the legislative session but says he’s making it up now.

“I’ve got a hill to climb. And it’s not because I don’t have the right message,” George said. “It’s not because I’m not the best candidate. It’s a matter of trying to get it out there and the word of mouth is really going.”

Cynthia Danjczak is a longtime customer at George’s jewelry store. She’s stopped by the Annapolis shop to pick up a ring George designed around her mother’s diamond, and to tell George he’s got her vote.

“I was at bridge club and all of them were saying just how excited they are for all the work you’re doing up there on the hill representing them. And we’re really urging everyone and hoping that you’ll be the governor.” Danjczak told George. “And I told them your’e a really good jeweler too.”

George just has to build that excitement in the rest of the state by the primary in June.