Ardent Polemic On Behalf Of Passion

Nowadays a woman can claim just about anything as a badge of feminism. She can pursue a career, raise a child, or both; maintain a stable of lovers, marry, or both; serve in the military; sit on the Supreme Court; stay home and keep house; or take off her clothes for money. Short of infanticide, it's difficult to conceive of any act that doesn't fall within the big tent of women's liberation.

Yet as Cristina Nehring observes in her sharp new polemic, A Vindication of Love, there is still at least one way to be instantaneously and conclusively stripped of feminist credentials — and that is to act impulsively, irrationally or self-destructively out of passion for a man.

This bias, Nehring shows, flows one way. She recounts in fascinating detail the entanglements of literary men and women, making the case that Dante, Stendahl, Sartre and countless other male writers in thrall to voracious, obsessive desires tend to be considered deep, while female scribes seeking the same kind of pleasure become objects of contempt. Feminism has perpetuated, if not actually fed, the notion that "women who go after challenging men have bad self-esteem" when in fact the opposite is often true.

Consider, Nehring says, Mary Wollstonecraft. The author of the groundbreaking 1792 treatise Vindication of the Rights of Women was branded a tramp and a hypocrite because her love affairs led her to question marriage, wander the globe and even attempt suicide. For many years after her death, Wollstonecraft's personal life cast such a shadow over her reputation that women's rights advocates viewed her more as a liability than an asset, despite the rigor of her writing.

Other female thinkers, too — Simone de Beauvoir, Emily Dickinson, Margaret Fuller, Edna St. Vincent Millay — have been called before the feminist tribunal and been found wanting, to the detriment, Nehring charges, not only of passion and romance, but rigorous thought itself. "Acute feelings attend acute intellects," she says, hotly. "Big emotions belong to big personalities." "It is not the worst or weakest people who provoke the biggest disasters. Oftentimes it is the strongest, the halest, the healthiest." So, yes, Wollstonecraft "was extraordinarily vulnerable — but also extraordinarily powerful."

Anyone who's run, crazed and breathless, into a love affair that threatened her sense of self and derailed her focus may question Nehring's contention that devoting one's life to passion bolsters creativity and sharpens the mind. What's more, the author's defense of passionate feeling as a valid feminist and intellectual choice is so wide-ranging and inclusive — Cleopatra garners praise for her manipulative withholding, Dickinson for the expression of her anxious, reclusive longings, St. Vincent Millay for juggling many men at once — that it's difficult to know exactly what, in the end, she advocates.

Still, A Vindication of Love makes an ardent and engaging case for attraction in its rawest form — where lust, emotion and the intellect converge. Feminism, Nehring acknowledges, has given us innumerable opportunities. Now how about the right to be romantic? 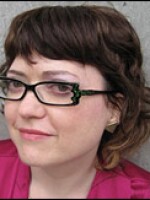