Sports At Large: Does The NFL Celebrate Labor Day?

ShareTweetEmail
Listen
Listening...
/
Sports At Large: It's Like Labor Day Never Happened For The NFL 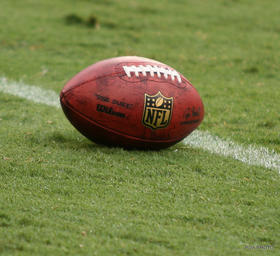 The labor union has taken a tremendous beating over the last 30 or so years, and nowhere is that more obvious than in the sporting realm.

By comparison to the baseball union, which has historically been strong, the NFL Players Association has seemed ineffective and weak.

The football union, whose members need the most protection from the demonstrated excesses and indifference of NFL owners, has consistently given back ground to management.

However, since 2009, under the leadership of executive director DeMaurice Smith, the NFLPA has mounted an increasingly aggressive challenge to the NFL and especially to league commissioner Roger Goodell.

The union’s most recent victory over Goodell came last Thursday, when a federal judge overturned a four-game suspension Goodell dropped on New England quarterback Tom Brady for Brady’s involvement in the deflation of footballs in last season’s AFC championship game.

Smith and the union successfully convinced Judge Richard Berman that Goodell acted outside his authority by barring Brady from playing in the first four games of the 2015 season.

In each case, the union argued that Goodell acted outside of the powers granted him by a collective bargaining agreement negotiated between the league and the players.

The union has also argued about the legality of Goodell not only levying punishments, but also serving as the person to hear appeals.

Smith and the NFLPA admittedly aren’t representing the most noble of characters in these cases.

Peterson, for example, was taken off the field initially with pay for allegedly abusing his young son by excessively spanking him. As we all know, Rice was originally suspended two games for striking his then girlfriend in an Atlantic City hotel. Goodell then made the suspension indefinite when video of the incident went public.

Hardy, meanwhile, missed most of last year with pay for battering a woman, and would have missed 10 games this year, before an arbitrator reduced that penalty to four games.

The Saints’ players were barred for participating in a scheme where they received bounties for maiming and injuring opponents.

Goodell’s punishment of Brady was intensified by the notion that the quarterback refused to participate in the investigating, going so far as to destroy his cell phone to avoid providing evidence.

In the minds of many, Brady deserved his suspension, as he and the Patriots have acted arrogantly for years, flaunting league rules as if they didn’t apply.

But arrogance, while a character flaw, isn’t against the law. At least that’s what Berman seemed to indicate in a scathing opinion that excoriated Goodell and his MO.

The NFLPA has a long way to go to even the playing field with the league. Football, for instance, remains the only major sport that does not grant guaranteed contracts to its players. That’s a fight that the union is not likely to win anytime soon.

But, as the nation pauses to recognize the contribution of the working man, it’s good to know that he still has some power, even on a football field.