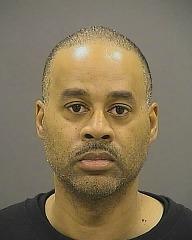 The Baltimore police officer facing the most serious charge stemming from the death of a 25-year-old black man whose neck was broken in the back of a transport wagon has waived his right to a jury trial. Instead, 46-year-old Officer Caesar Goodson decided Monday to put his fate in the hands of a judge. Goodson faces second-degree "depraved-heart" murder, manslaughter, assault, misconduct in office and reckless endangerment charges stemming from Freddie Gray's April 19, 2015 death.