Over the past decade, Webcomics have stealthily become a major creative force, some gathering over a million hits a month. One of the most popular, Goats, is a contemporary triumph of Monty Python-esque "humor from randomness." Now this ongoing, twelve-year-old strip — old indeed for a Webcomic — is being collected into a series of books. The first, Goats: Infinite Typewriters, reprints the years 2003 to 2005. Artist Jonathan Rosenberg's ability to bring in the craziest plot twists makes reading Goats like being 15 again, rediscovering the joys of Matt Groening while tripping on a Froot Loops sugar rush.

The book starts with two friends, Jon and Phillip, sitting in a bar discussing their psychotic, deeply religious talking pets: Diablo the chicken, Toothgnip the goat, Fineas the fish and Diablo's evil son Oliver. After falling into a debate about the merits of agnosticism versus atheism, the two slackers borrow a flying saucer and travel to the center of the galaxy to ask God Himself whether or not He exists. They find the Creator in a condo with a "Republicans for Voldemort" sign in the front yard (yes, Goats is the source for this famous bit). God appears and turns into a pork chop, and Jon and Phillip eat him.

After that, the strip starts getting weird. The truly over-the-top part comes when the animals discover that the cosmos is managed by Woody Allen and a troop of existential monkeys.

Goats is filled with the sort of quick-witted one-liners that make shows like The Simpsons so giggle-worthy — only these are more gross, schlocky and irreverent. Imagine witty language as a full-contact sport, and you'll get the idea. "We made a giant wombat cheese frittata from the eggs of endangered tree frogs and force-fed it to PETA members," Oliver brags. "I know how to kill a man with a taco sauce packet," Fineas exclaims.

Yet the plot has a strange emotional coherence. We actually start caring for these insane folk. There's something hilarious yet tender about Goats. It feels like the ultimate sci-fi adventure parody with an extra shot of human warmth slipped in. 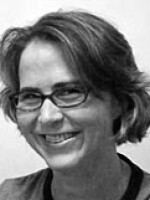