Poll Puts Pre-K at the Head of the Class

Maryland voters agree that universal pre-kindergarten for four-year-olds, and providing pre-K to low-income three-year-olds, is of great importance. This according to Maryland Family Network's recently released statewide poll of likely voters, conducted by Gonzales Research & Media Services. Voters were asked if they favor expanding access to public pre-K to all four-year-olds, if they favor providing access to public pre-K to three-year-olds from low-income families, and if they favored state government spending to make this happen. Those asked were intensely in agreement about the value of these programs and the need to make them a reality regardless of the participants political affiliation, age, gender, race, or region. 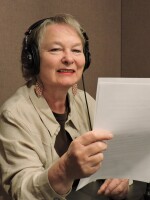 Linnea Anderson
Linnea Anderson is tenured and talented broadcaster and voice over artist with deep roots in Central Maryland. For years she was co-host of the nightly, Baltimore -based and nationally syndicated Evening Magazine on WJZ-TV. On this half-hour program, Anderson interviewed the likes of George Carlin, Muhammad Ali and Jack Lemmon as well as Baltimoreans of all stripes providing insight and local flavor to her adopted hometown. Prior to that she was a news anchor, reporter and producer in multiple markets including Baltimore, Charleston, WV and Louisville, KY.
See stories by Linnea Anderson