A lot of us take water for granted. We simply turn on a faucet, and there it is, in seemingly endless supply.

Freshwater, however, is not as plentiful as you might think.  Yes, the world is 70 percent water, a staggering amount. Of that water, 97.5% is salt water. The rest, just 2.5%, is freshwater. And of that, less than 1 percent of the world’s freshwater is available for use by people. 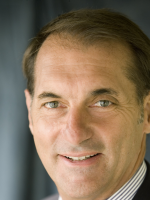