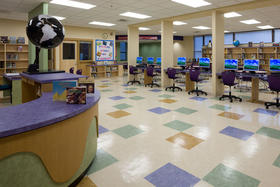 A power issue at Baltimore City schools headquarters on North Avenue has knocked the system’s web site off line and snarled some plans for final exams.

School employees, who wouldn’t give their names, say some teachers can’t get into the online tools they need to administer finals and two teachers said there were delays in administering Maryland’s High School Assessments or HSAs due to internet issues.

Headquarters school employees say the power went out at about noon yesterday, forcing them to evacuate the building through dark stairwells without the aid of an intercom system or emergency lighting.

The power is back on today, but the school system’s website-- baltimorecityschools.org—remains offline as well as some servers, shared drives, and email.

School officials say its crews are working to get all its servers and applications up and running. But employees say they have not gotten further information about the problems or when they’ll be solved.   Edie House Foster said nine schools reported delays administering the HSAs and that communication has been difficult given the circumstances.